Italian cellist Nicola Siagri obtained the Artist Diploma at the Royal College of Music in London in 2019, the highest-level degree of performance study offered, studying with renown cellist Raphael Wallfisch. He previously completed his Master of Music degree in 2016 with full marks and honours at Italian conservatoire "Jacopo Tomadini" in Udine, under the tuition of professor Carlo Teodoro.

As a performer, he has played in various venues throughout Europe, both as a soloist and as a member of chamber music groups, in countries such as Italy, Austria, Slovakia, Slovenia and in the United Kingdom, and has been invited to play in many Italian music festivals such as “Carniarmonie”, “Concerti di San Martino” and “Lignano per la Musica”.

He has participated in masterclasses with Denis Brott, Roel Dieltiens, Sebastian Comberti, Michael Flaksman and the Pražák Quartet amongst others. He has furthermore studied baroque cello performance with Italian cellist Walter Vestidello.

He has a predilection for 20th century classical music and enjoys playing works for cello solo and recording études. 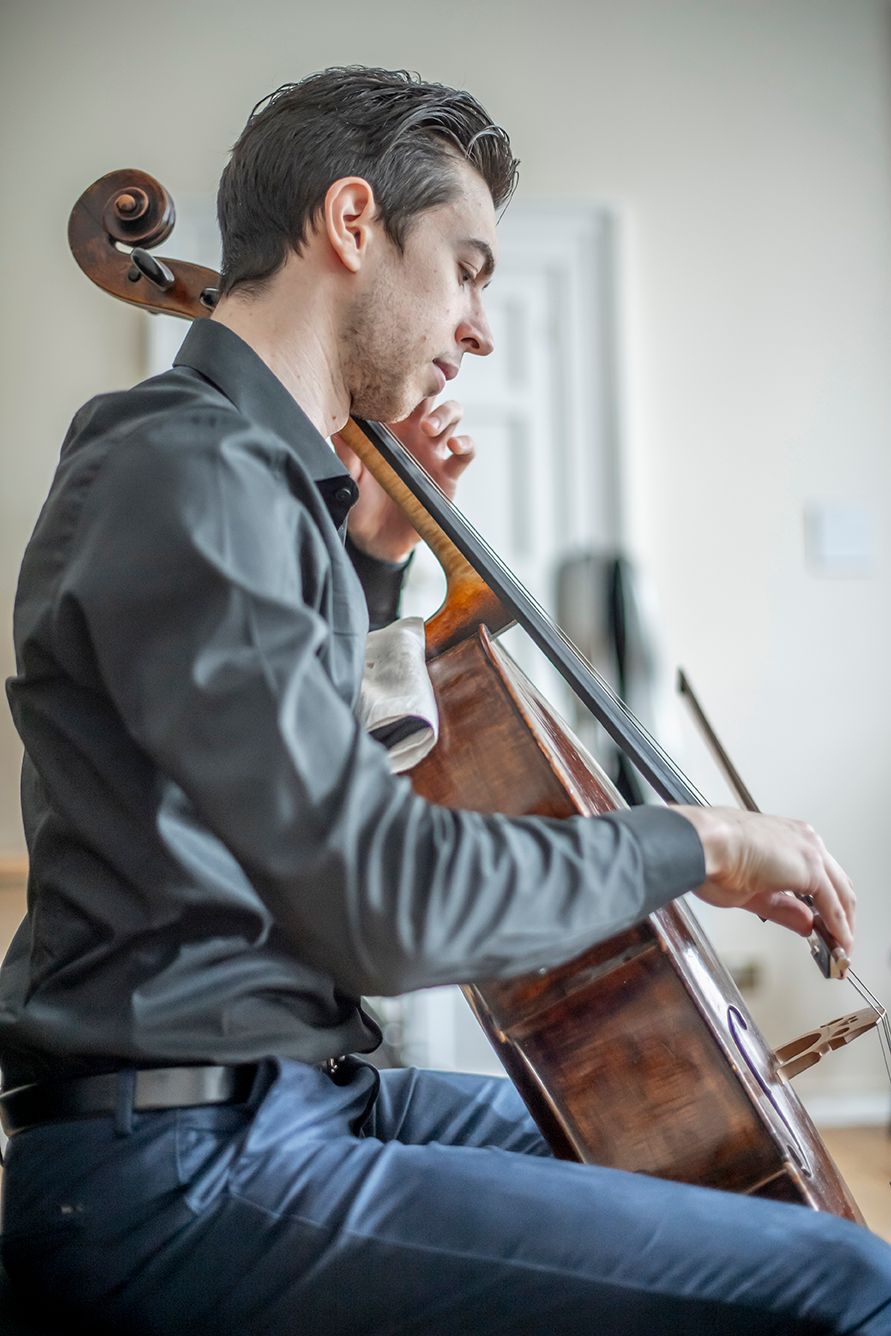